Identify the pattern and apply it to the number before / after the missing number in the series to get the right answer.

While solving the problems based on alphabets, please remember the exact position of every alphabet in forward as well as in backward or reverse orders, as given below:
Positions of letters in forward alphabetical order:

Positions of letters in backward or reverse alphabetical order:

I. EJOTY: You can locate the position of the letters easily and quickly (i.e. from left to right), using the trick called EJOTY. 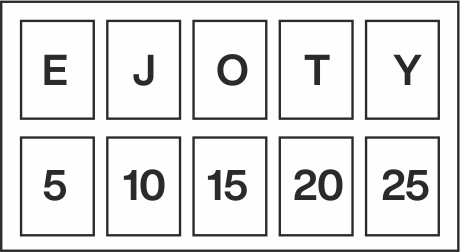